What’s the difference between Tagalog and Filipino? Or are they the same? 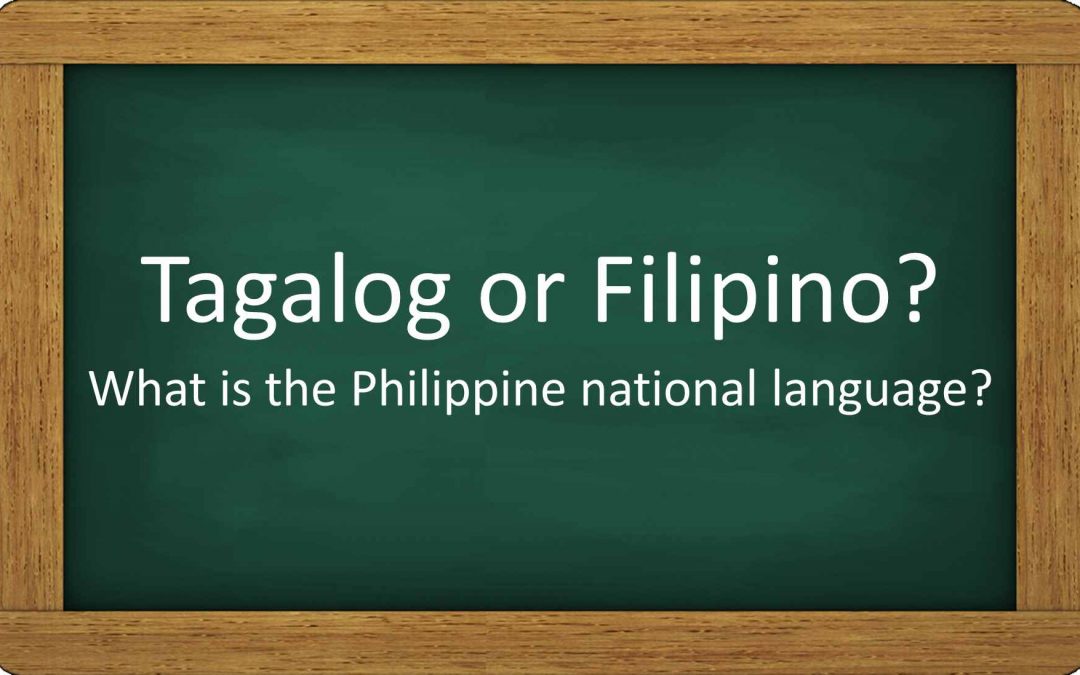 Filipinos often refer to the Philippine national language as Filipino or Tagalog. But are Filipino and Tagalog exactly the same or are they different?

If they are perfect synonyms, then interchanging between the two terms will always be correct. If that’s the case, then there should not even be a discussion on the topic. On the other hand, if they are different, then why do Filipinos use the two terms synonymously? And why can’t many Filipinos explain the difference between Filipino and Tagalog?

Sounds complicated? It should. Because it is.

Again, you might ask, so what is the answer? Are Tagalog and Filipino the same or different?

And the answer is BOTH.

Tagalog and Filipino are the same.

Why are Tagalog and Filipino the same? And how?

When Filipinos and foreigners abroad use the terms Tagalog and Filipino when referring to the national language of the Philippines, they are usually talking about the same thing. This is because Filipino evolved from Tagalog, or in other words, Tagalog was the basis of the Filipino language.

Tagalog and Filipino are different

Why are Tagalog and Filipino different? And how?

As we mentioned earlier, Tagalog became the basis for the Filipino language. Tagalog has long been a Philippine native language that’s spoken in Manila, the Philippine capital, and many of its neighboring provinces. It still remains a regional language that’s spoken in most of central and southern Luzon. Thus, if someone from Batangas, a province next to Manila, say they speak Tagalog, they are referring to their Batangas Tagalog, with its own accent and nuances. Tagalog has many dialects including this Batangas Tagalog that is quite different from the Tagalog spoken in Manila. When people use the terms Tagalog and Filipino interchangeably, they really mean Manila Tagalog and Filipino.

Also, the official name for the Philippine national language is Filipino, not Tagalog. The Philippine government and language experts were deliberate in making Filipino a language for all Filipinos.

To understand the similarity and difference between Tagalog and Filipino, read more on how Filipino evolved from Tagalog to become the national language of the Philippines.

The Development of the Filipino national language

Spaniards realized that Philippines has many different languages

When the Spaniards arrived in the Philippines, they found an archipelago with many different ethnic groups who spoke their own language.

The Spaniards knew that in order to more easily assimilate the natives into Spanish doctrines, they needed to communicate with them in a common language. Thus, the Spanish government established schools and taught Spanish to the natives. Soon enough, Spanish became the lingua franca of the land.

Proposal of a National Language

In 1898, the Spanish-American War replaced Spain with the United States as the new colonial power in the Philippines. Filipinos were unhappy with American colonization and continued to seek freedom. Their defiance to be ruled by another imperial power led to the establishment of the Philippine Commonwealth in 1935, the beginning of a transitional era to independence. It was in the same year that the Philippine Assembly proposed a national language based on one of the existing native Philippine languages.

Proposal for Tagalog to be the National Language

Two years later, the Institute of National Language recommended that Tagalog be the basis for the Philippine national language. Tagalog was one of the major native languages and was also the language spoken in Manila, the capital. (See Filipino Language to learn more why Tagalog was chosen as the native language.

Philippine independence from the United States was recognized in 1946. Debate on the national language was still ongoing as opposition from other regions that did not speak Tagalog was still strong.  In order to appease the non-Tagalog speakers, they renamed it “Pilipino” in the 1950s. The goal was to make it a more national language,

Renaming of Pilipino to Filipino

By 1987, “Pilipino” was renamed “Filipino”, the one letter change from “p” to “f” marking a significant shift in the Filipino language. The 20-letter Tagalog abakada was replaced with the 28-letter Filipino alphabet, and included letters from the English and Spanish alphabet not present in the former ABaKaDa alphabet.

Languages Must Evolve to Survive

The story of Tagalog and Filipino depicts the livingness of languages, and how they have to evolve in order to not become obsolete. Languages must dance with the current of time to survive. Its people must see the importance of that language in the present and not just become a nostalgia for the past.

Filipinos could have given up on having a unifying Filipino language due to regional pride and contention. But what won over time is the devotion to make Tagalog the Filipino language. They may not have achieved the ideal of integrating other regional languages into Filipino, but perhaps one day that may happen naturally.

Filipino is alive and strong today, taught in classrooms everywhere in the Philippine archipelago, and spoken not only in Manila, but in different parts of the country as a second language. But Filipinos do not only reside in the Philippines, they are all over the globe, and when they meet, they speak in Filipino. It is a bridge that connects one Filipino to another Filipino wherever they are in the world, reminding them that regardless of their differences, they are one people with similar love, hopes, and dreams for the Philippines and its people.