I Feel Like An Outsider Within The Filipino Culture

Hi, my name is Rowena Winkler. At first glance you may think that I’m of German descent, but that’s actually my married name. My full name is Rowena Briones Winkler, and I am a Filipino-American. Emphasis on the American. You see, I was born in the United States and I grew up in the suburbs of South Jersey, right outside of Philadelphia (Go Eagles!). I was raised in a predominantly white neighborhood, where the majority of my friends are white. Although I knew I was different, my Filipino-American identity never seemed to be a big deal growing up. I was treated like everyone else, and saw myself with the same privileges as everyone else. It wasn’t until I was in graduate school at the University of Maryland and took a course on Gender and Diversity that I realized…

…I feel like an outsider within the Filipino culture.

Let’s unpack this a bit, shall we?

The Truth About Why I’m An Outsider According to communication scholar Bey-Ling Sha, individuals have what are called ascribed and avowed identities.

In my case, people who meet me for the first time might see me as a brown-skin Asian or a Hispanic woman with a Spanish last name (ascribed identity), but after getting to know me may realize I’m actually an extremely energetic, intellectually engaging, crazy passionate American citizen (avowed identity).   To others, I am simply my ascribed identities, a set of characteristics mostly handed down by my parents, but to me these characteristics did not and never will fully define me. Learning about ascribed and avowed identities shed some light to my internal struggle navigating both my Filipino heritage and American upbringing, which are highlighted by following examples: 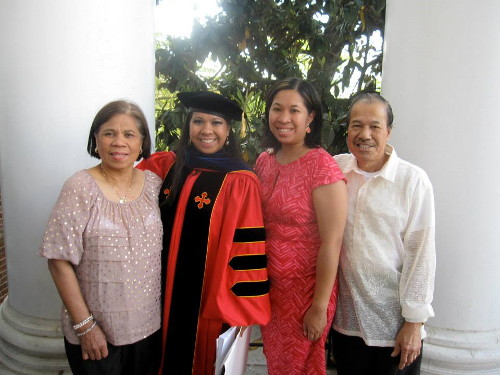 Me with my Filipino family at graduation

Behind the Scenes of How Things Changed I am happy to announce that I’ve come to terms with my insider/outsider perspective and might even go as far as say that I now embrace my multifaceted Filipino-American identity. What exactly changed? Well, several things: 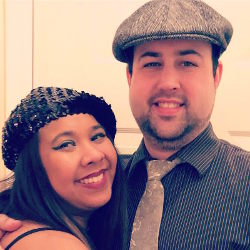 Me and my non-Filipino hubby

So What Happens Now? I have no idea. I don’t think anyone does, which is what makes life so interesting. All I know is that I no longer consider my insider/outsider status as necessarily a bad thing. In fact, I think it makes me feel like this: 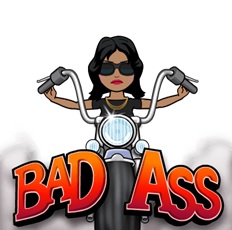 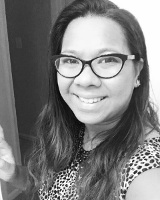